My love affair with Spiti began long time ago, years before I actually went there. It happened one day when I first saw the road going up the Chandra valley : I knew then that I had to go to this place, totally unknown to me, and in those times still closed for foreigners. And when eventually I got into the valley I knew it : this was my place on Earth, and I never stopped thinking that somehow I had been there before... The unmatchable beauty of nature struck me and the openness and kindness of the people did the rest : I got addicted, so much that I cannot stop coming back, year after year... 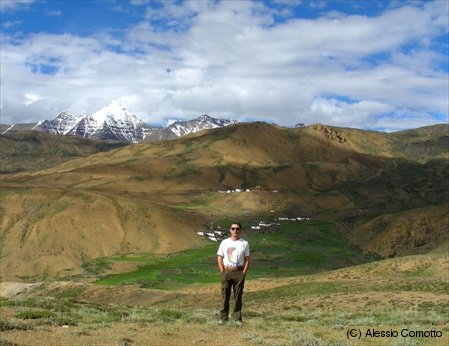 Spiti has much to offer to every tourist and traveler. Having opened its doors only recently to the outside world, it has not changed as much as other similar places, so that coming here is a bit like travelling back in time.


The villages are quiet and serene oases, immersed in a peaceful atmosphere. The pretty white houses surrounded by emerald green fields of barley and peas are the set of century old practices, small time agriculture, in most places still free from chemicals, and animal husbandry, big yaks and long haired goats mingling with the people in the alleys and high up in the pastures. 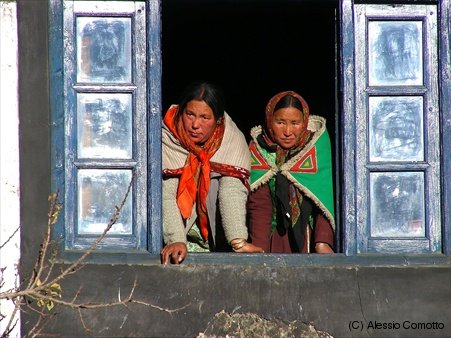 The great mountains surrounding the valley have a beauty of their own, some rising in splendid isolation above all the rest on the background of a steel blue sky, like the huge Manirang, a blinding white guardian between Spiti and Kinnaur, or the perfectly shaped Chau Chau Kang Nilda, or the elephant-like Kanamo. Many tops have been reached but a lot more still await to be conquered, thus Spiti is a kind of heaven for climbers and explorers. 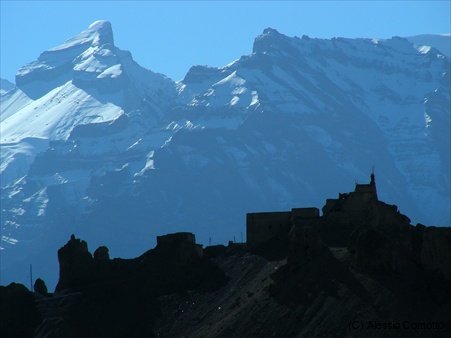 There are also endless walking and trekking possibilities. Many tracks are well established and trodden by lots of people every year. Other less frequented provide great satisfaction to people who like to enjoy nature in its purest form in perfect solitude, an awesome experience capable of shaking the strongest of souls. Often, along the trails, herds of bharals, the nearly mythical blue sheep, and ibexes are grazing peacefully, almost unaware of the wanderer, a true sign of the love that the local people have for any form of living being.

Buddhist religion, followed by the entire indigenous population, a kind of unique situation in the Indian Himalaya, is reflected by several monasteries, belonging to three different sects. All of them are in one way or another spectacular. 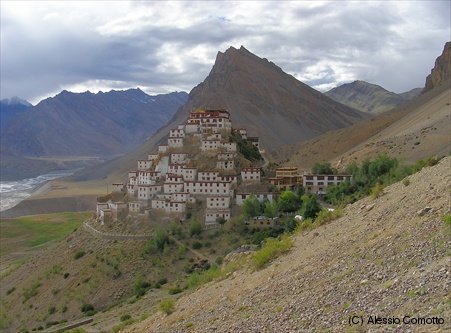 The monastery in Ki, the most visible, is a kind of paradigm of a gompa, with its white buildings surrounding a conical hill, perfect for great pictures, all the more during the annual festival held in July. Dhankar, on top of a narrow and vertical ridge, is an unbelievable sight. The monastery in Tabo and the smaller one in Lalung, almost insignificant from the outside, contain some of the nicest pieces of Buddhist art left in the entire world and are a must for every visitor, a truly astonishing sight, places where time seems to stand still. The same amazing experience is provided by the three rooms of the old gompa in Kungri, a village in the Pin Valley. Belonging to the unreformed Nyngmapa sect, they are clearly very old, with excellent frescoes and statues sunk in a dark magical atmosphere. The festival of the gompa, taking place in July, features not only Lama dances but also the Bucchen performance, something not to be missed, because Spiti is the only place where one can still see it. The Tanggyud gompa, a little above the highest village in the valley, has an incredible setting offering magnificent views. 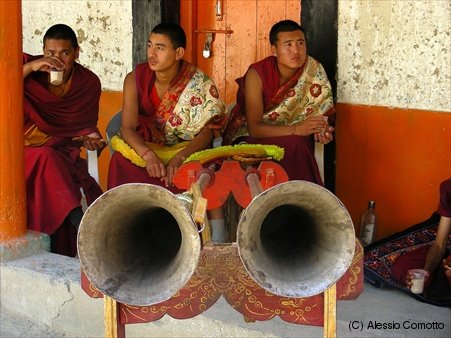 Add to all this the perfect weather that endows every summer up here, and one can understand how it is possible to lose oneself in this blessed corner of our planet.

To book package or customised trips, hotels and transportation at the agencies I am collaborating with, with or without me as a tour leader, or for any information, you can contact me at

You can also visit the website of the organizing agency at anfiteatroviaggi.it or write an email to

If you are already in Spiti for any query you can contact directly Mr. Lotey, the manager and owner of Spiti Holiday Adventure, the leading travel and trekking agency situated in the heart of the bazaar in Kaza. You can also write him a mail at